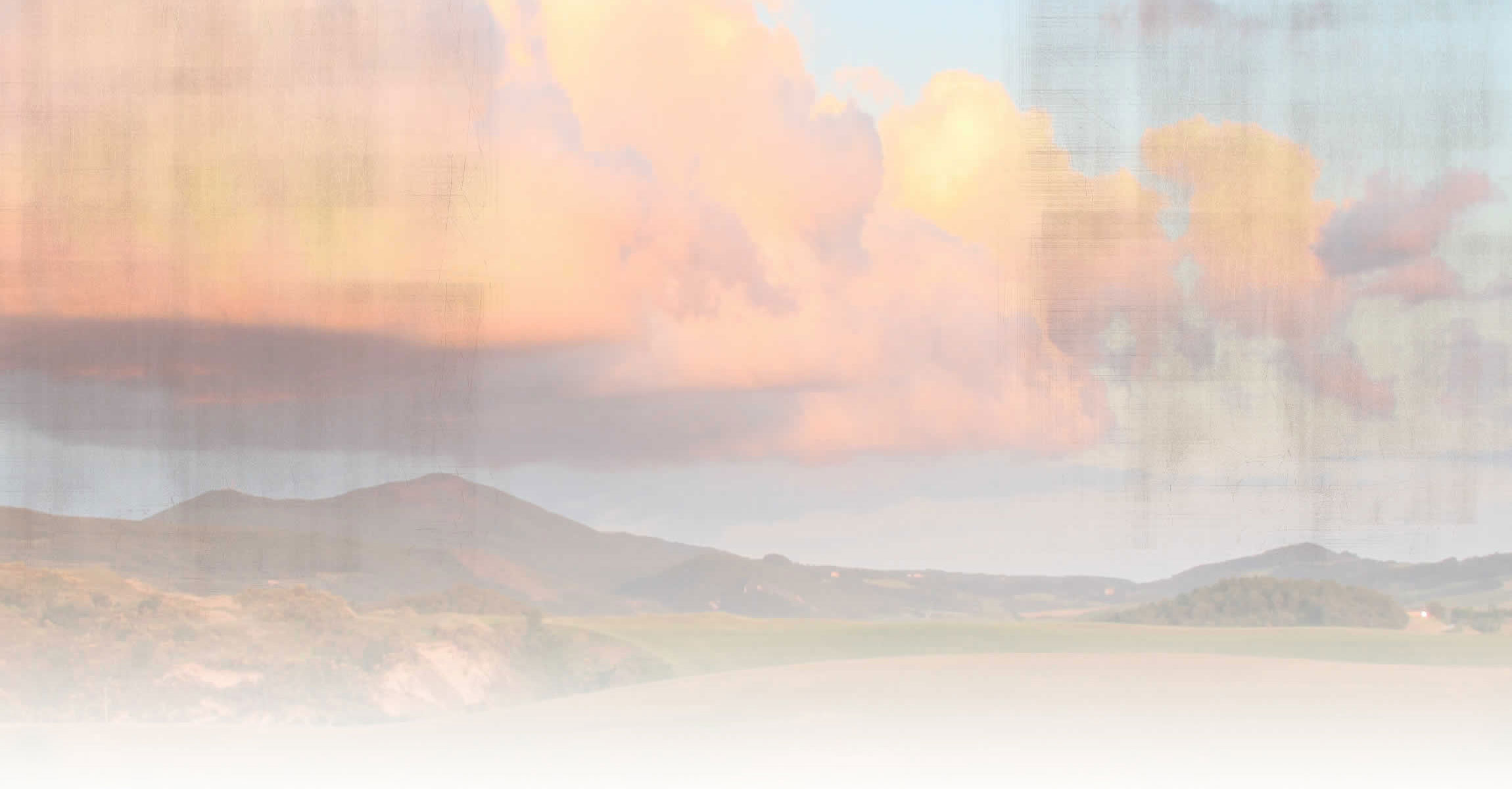 The town dominates the Val d'Orcia from a top an isolated rock, from which rise the ruins of an ancient castle. It was an important location along the border of the Roman state. The fortifications which Cosimo I ordered on account of the explosion of a powder magazine in 1735 have since been destroyed. Radicofani remains famous for the deeds of the bandit Ghino di Tacco who lived here for many years. Works in terracotta by Luca della Robbia are kept within the church of S. Pietro. The church of S. Agata in the gothic-Sienese style. The evocative Edificio della Posta from l6th century with its facade and double “loggia” is found on Via Francigena. Many illustrious men have stayed here, among them Chateaubriand, Dickens and Montaigne, this last being particularyly passionate about the Italian cousin and appreciative of the use of olive oil in the preparation of certain dishes. In his writing recalled the cordiality and hospitality of the Tuscans.

The town stands on the top of a hill which overlooks the splendid Val d'Orcia. Enea Silvio Piccolomini was born here in 1405 and when he became pope Pius II in 1458 he decided to transform his modest village into the perfect town, an admirable example of the humanistic period, and entrusted the design to Bernardo Rossellino. Piazza Pio II is intact, incorporanting the most rigorous of Renaissance perspective, and containing the cathedral and Palazzo Piccolomini. The town's main axis is corso Rossellino, lined with houses built by the nobility in the 14th century. Pienza is a mainly agricultural centre, particularly famous for its pecorino cheese. The traditional cheese show, "fiera del cacio" takes place on the first Sunday in September. The flower show "Pienza e i fiori" takes place in mid May. Also to be visited is Monticchiello, made famous by its "Teatro povero", a new play anacted each summer by the local inhabitants.

This is the largest Comune in the Sienese Valdichiana and contains six other villages: Abbadia di Montepulciano, Acquaviva, Gracciano, Montepulciano Stazione, S.Albino and Valiano. The poet Agnolo Ambrogini (known as "il Poliziano" from the Latin "mons Politianus") was born here. The town is said to have been founded by the Etruscan king Porsenna and exhibits impressive architecture, mainly but not only Renaissance. Michelozzo, Baldassarre Peruzzi and Vignola all worked here, as did Antonio da Sangallo il Vecchio who designed the temple of San Biagio. Apart from the wonders of the historical centre of Montepulciano the tourist would do well to visit the spa centre at S.Albino. The local economy is based on agriculture and the town is famous for its Vino Nobile. In th summer the town hosts the "Cantiere Internazionale d'arte" and in the mid-Augut holidays the "Bruscello", a traditional show spoken in rhyme, is performed on the Cathedral steps. On August 29 a wine barrel race, the "Bravìo", is run between the different contrade, or districts, of the town and there is a procession in 13th-century dress.

This spa town, which specialises in the treatment of liver disorders, is among the most famous in Italy. The special properties of the waters of Chianciano is not far from the spa centre with its hotels, shops, treatment centres and elegant parks where the therapeutic waters emerge: "acqua Sillene" is used for balnotherapy and mud-bath treatment; acqua Sant'Elena" used for the treatment of the kidneys and urinary disorders. Both the climate and the unspoilt green areas are excellentr, holidays here are fulfilling and pleasant and dedicated to health and fitness. More than 2 million people visit Chianciano every year. Cultural attractions include the Museo Etrusco, soon to be opened, and the Museo della Collegiata. Also to be seen are the collegiate church of S.Giovanni Battista, built in 1229 and restored in 1809, the church of the Compagnia (1517), the Torre dell'Orologio with Medici crest and the church of Madonna della Rosa (1585) designed by B. Lanci.

Originally an Etruscan town, it acquired importance thanks to the neighbouring Via Franchigena. Federico Barbarossa, in 1154, received the ambassador of Pope Adrian IV here and this event is recalled in the "Festa del Barbarossa", 3° Sunday of June. In 1167 it was seat of the Imperial Vicar. The Florence of Cosimo I de' Medici purchased it in 1559. The Collegiata of SS. Quirico and Giuditta is in the Romanesque style: it has three portals and one whit faces southern is attributed to Giovanni Pisano. Inside is found the polyptych of Sano di Pietro and a Chorus from 1432-1502. Palazzo Chigi is from the XVII century. The "Horti Leonini"(16 th century) are one of the first examplesof of Italia Garden style: from August to October there is an exhibition of sculpture "Forms in green". The Romanesque parish church of S. Maria Assunta was, perhaps, constructed on the remains of a pre- Cristian temple. The inside of the church of S. Francesco holds two wooden polychrome statues and a Robbia's Madonna. The area of Bagno Vignoni was known about from roman times through the benefits of the waters from its spring which gush forth at temperatures of more 50°C. and are gathered in the big basin which lies at the centre of the town and gives it its evocative appearance. There is a small sanctuary dedicated to S. Caterina from Siena situated at the side of the basin. The castle of Vignoni looks down upon the town and can be roached either by S. Quirico or by Bagno Vignoni: a natural walk which can be made on foot.

Without doubt, Montalcino lives a life of many souls. Montalcino as the birthplace of Brunello wine, whic someone once defined as the best and most renowned wine in Italy. From the height of its 564 m. the ancient town dominates the surrounding countryside, clinging to the slopes of a hill crowned by the imposing 14th-century fortress. In the labyrinth of little streets, amongst artisans'shops, small cafès and places selling typical local produce ( besides the wine, their honey and locally-made biscuits called "dead bones" are also well-known) the sights worth seeing are the fine Town Hall, the Bishp's Palace ( housing the United Civic, Diocesan and Archaeological Museums, with works by important 13th-16th century Sienese artists, such as Bartolo di Fredi, Il Sodoma, Bartolomeo Neroni), the antique Crucifix of Saint Antimus dating back to the mid-12th century, and the churches of Saint Augustine, Saint Giles and Saint Francis, all built between the 13th and 14th centuries, as well as the Sanctuary of our Lady of Succour. But it is just a little way out of town, near Castelnuovo dell'Abate in the Starcia valley that thhe heart of Montalcino spirituality is to be found:the Romanesque abbey of St.Antimus, a striking little temple enveloped in an almost magical atmosphere, founded by Charlemagne in 781. Finally, there are several castles on Montalcino land: the one worthy of mention is Poggio alle Mura, which has Longobard origins.

A centre of ancient origins with a rich variety of tourists attractions and a particularly mild and pleasant climate which enhances the variety of springwater related activities. The old town, which dates back to the Neolithic age, is dominated by the Castle. Every year on August 15th the "Giostra del Saracino" is contested, a challenge on horseback between the five contrade or districts of the town and in which participants, using a lance, must catch a ring worn by a Saracen - the eternal enemy. The contest is preceded by the drawing of lots. Traditional dress is a feature of the event. Also worth a visit is Castiglioncello del Trinoro, a typical medieval village with a wonderful view of the valley below. Close to Sarteano, on the hill of Pietraporciana, a protected beech-wood has proved to be of special interest to the Italian botanical society. It is pleasant to eat out here in the picnic area provided.

At the moment there aren’t any special offers 'last minute'.
Visit anyway our web site, where you can find some suggestions for your vacancy.

Farm-house Conte Ugo is located in one of the most beautiful, yet less known areas of Val d’Orcia.
Website